Congratulations on making that first step towards helping a student who is having difficulty. There are a lot of options out there and they help in different ways.  Ultimately the choice has to be a mutual decision between you and the student as to what will suite them best.

The most recent Youth Mental Health report is telling both by what it contains AND what is conspicuously absent; how to manage the number two concern of school and study problems.  The report provides no suggested solutions to the problem because it is focusing on the mental health aspects of young people’s lives. In fact they actively skirt around the issue, usually listing it last in press releases even though it is number two.  Yes the stress around school and study problems is a mental health issue, the only way to reduce the stress is to solve the underlying teaching and learning problems.  This is a problem for educators, not mental health experts.

Mentor vs Tutor vs Coaching

The one thing I learned in my 20 years in higher education is that most students arrive at University unprepared.  They’re unprepared for the type of learning required because all along they have focused on learning to pass the test, and not learning how to learn nor how to critically think.  Universities and TAFEs spend a lot of time, effort and money developing transition programs for first year students to try and fix this problem. But not all students can make that transition to this type of higher learning and thinking in classes with hundreds of students, especially if they couldn’t do it in a class of 20-30.  It is the most common reason students fail and drop out of University, TAFE and vocational training during their first year.

How do we learn?

In the 1950’s Benjamin Bloom and his colleagues developed a framework that underpins how we learn.  It’s pretty straight forward, and they considered a linear progression from acquiring knowledge to then using that knowledge to do something.  It had this really stable shape of a pyramid and the more complicated thought processes built upon less complicated. For example, you can’t evaluate the situation until you have analyzed all the information on the situation. 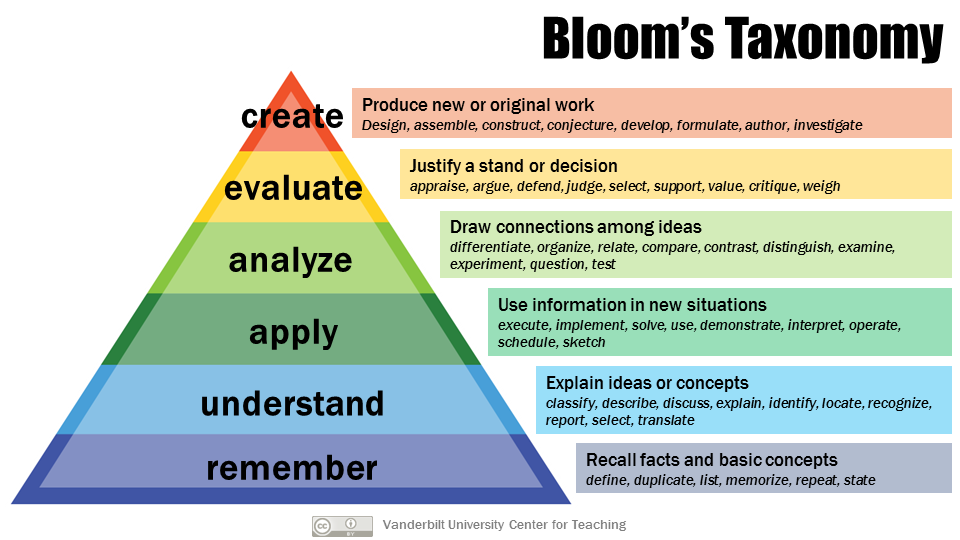 It’s most likely that this was the approach that your teachers took.  And it works great for early education.

In 2001 it was updated by some of Bloom’s students, they kind of modernized it and people continue to tinker with the framework to put more of an emphasis on what we call critical thinking skills; analyzing, evaluating and creating with knowledge. So much so that now some schools approach to learning has put such an emphasis on critical thinking that the shape has now changed to this unstable inverted pyramid. 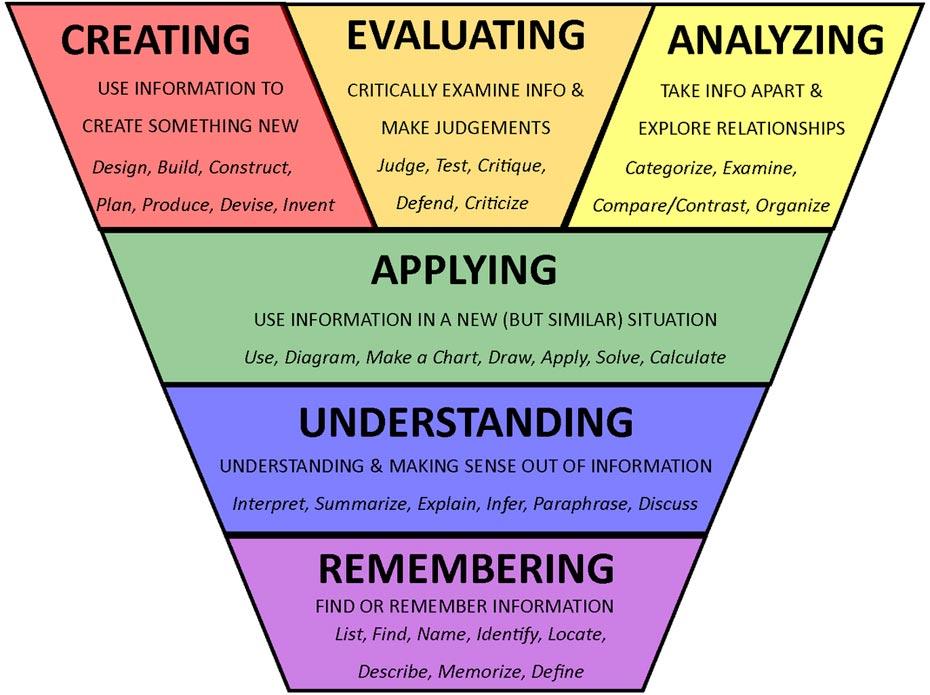 This is the approach that your student’s teacher is being asked to take.

For some unknown reason to the student, the pyramid has become inverted. The pyramid becomes more unstable if they haven’t developed the new learning tools necessary to keep their base strong, while also building the upper levels. This stresses them out because they don’t understand anymore and it’s all going to come crashing down on them. So they just keep hammering harder with the same old tools trying to shore it up.

This is where mentors differ from tutors and coaches.  Mentors are trained educators who work one on one to first identify the problem and then build new learning tools. Tutors and coaches are mostly previous HSC students who are not trained in education and simply drill until you get it right.

It all boils down to – do you want the help of someone who employs evidence based best practice to tailor your sessions for what is required for you, or someone following a script that worked for them.

New South Wales and Queensland
0417 880 831
email: hscmentor@gmail.com
By appointment only